Nothing beats the feeling of the wind messing with your hair as your pedaling on your bicycle. But just like any other moving vehicle, your safety might be at stake. Luckily, bike accidents are among the easiest to prevent.

Recent studies proved that wearing a helmet would decrease the likelihood of head injuries by 50%. It can even serve in neck protection by reducing the risk of jerking.

Aside from the physical point of view, some states mandate wearing a bike helmet. However, other states leave this as a personal choice. Knowing this information is important to avoid possible fines and lawsuits.

In this article, I’ll discuss the detailed bicycle helmet laws by US States. Let’s see!

Table of Contents show
1 Bicycle Helmet Laws by the US States
1.1 California
1.2 Colorado
1.3 Florida
1.4 New Jersey
1.5 New York
1.6 North Carolina
1.7 Ohio
1.8 Oregon
1.9 Texas
1.10 Virginia
1.11 Washington
2 Legal Responsibility of Not Wearing a Helmet
3 Should Helmets Have Lights When Riding at Night?
3.1 Rules for Mounting a Helmet Light
3.2 Does It Serve as an Alternative for Bike Lights?
4 What Federal Guidelines Must the Helmet Meet?
5 What Labels Should You Look for?
5.1 CPSC
5.2 ASTM
6 Bonus: What to Look for When Purchasing a Helmet
6.1 Pick One That Fits
6.2 Consider the Intended Use
7 To Sum Up
7.1 Continue Reading…

Bicycle Helmet Laws by the US States

In each of the following states, I’ll discuss the required age, possible fines, and whether municipalities legislated other rules. Let’s see!

If you’re 18 or under, you’re required to wear a helmet at all times. This also applies to passengers who ride in an attached trailer or semi-trailer.

In 2003, Californian officials widened the scope of this law by applying it to “devices on wheels”. This includes scooters, skateboards, rollerblades, skates, and tricycles.

Law enforcement officers and school crossing guards can issue a fine of no more than $25 if you violated this law. If so, your parents or guardians will be required to pay this fine on your behalf.

On your private properties, like yards or driveways, no laws apply. They’re only applicable in public streets and bike paths. However, in Bidwell Park in the city of Chico, all cyclists are obliged to wear helmets, no matter how old they are.

Colorado is among the US states that don’t require anyone to wear a helmet, regardless of age.

However, when riding an electric bike, especially class 3, helmets become mandatory for riders under 18 years.

Fun fact, Colorado is considered as the ultimate bike-friendly state. All the other laws regarding cyclists tackle the rider behavior rather than the required gear. And with their vast, beautiful network of bicycle paths and trails, it becomes a true must-see for all the bicycling enthusiasts.

Florida is one of the states with somewhat lower safety standards. You’re only required to wear a helmet in case you’re 16 or younger.

However, for electric bikes, they’re completely prohibited for riders below 16 years of age. Older riders can legally use them without wearing a helmet.

The laws in New Jersey require riders younger than 17 years to wear a protective helmet. If you’ll ride as a passenger on the bike or in a trailer, this law still applies. As of 1998, the law was extended to include skates and skateboards.

Just like California, this law doesn’t apply to private properties where you can’t harm others. Also, you’re not required to wear a helmet in paths dedicated to bikes only. This includes trails, courses, boardwalks, etc.

However, these paths must be secured by a barrier that prevents bikes from accidental engagements in the roadways.

Violating these laws might result in a $25 fine billed to your parents or guardians. If you repeated the violation, the fine would increase to a maximum of $100.

Cyclists under the age of 14 years are the only group required to wear helmets. Furthermore, children aged 1 to 4 must ride in specially-designed child safety seats. Expectedly, babies under 1 year of age are completely prohibited from boarding bikes, even in trailers.

If a parent knowingly let his kids violate these laws, he/she would be fined up to $50.

Aside from state law, some counties have legislated their own rules. For instance, Greenburgh, Erie, and Rockland require all cyclists to wear helmets, regardless of their ages. Other counties specify a different age limit like:

North Carolina’s state-law requires cyclists under 17 years to wear a helmet while riding in any public place. The same law applies to passengers riding on the bike or in an attached trailer.

In Black Mountain and Boone, all riders must wear a protective helmet, no matter how old they are.

Violating this law can subject you to a fine of $10, which is the least amount when compared to other states. Furthermore, the fine can be waived upon providing proof of purchasing a helmet.

Just like Colorado, Ohio doesn’t have a statewide law that dictates using a helmet. However, several municipalities have legislated laws of their own as follows:

In the state of Oregon, you must wear a helmet if you’re under 16 years. But this law applies only in roadways shared by vehicles. In other words, it’s perfectly legal to ride without a helmet in bike trails, paths, and parks.

Violating this law exposes you to a fine of no more than $25, just like the majority of other states. You can be exempted from such a fine if it was your first violation. If so, you should also provide proof of purchasing an approved helmet to be eligible for the exemption.

Furthermore, if wearing a helmet would contradict your religious beliefs, you’re free to reject wearing one without fines.

Texas doesn’t have a statewide helmet law. Unless you’re in the following municipalities, you can ride without a helmet virtually anywhere.

You’re obligated to wear a helmet in Virginia if you’re younger than 14 years. You can be fined by violating this law, but they don’t specify the exact amount.

In the state of Washington, it’s legal for any cyclist to ride without a helmet. But just like other states, municipalities came up with their own laws to ensure the safety of their citizens.

The cities of Washington grant the least amount of biking freedom. Nearly all of them mandate safety helmets for all ages. The only exceptions are Orting and Poulsbo which require helmets only for cyclists under 18 years.

Legal Responsibility of Not Wearing a Helmet

As I established earlier, some states will fine you around $25 for violating the bike helmet laws. This is the largest legal accountability you can bear.

If a cyclist was injured in a vehicle crash, not wearing a helmet can’t be used against him/her. It can’t be used as a lawsuit defense to decrease the compensations the cyclist is entitled to.

Although it might seem harsh toward vehicle drivers, it actually protects the right of the weaker cyclists. This law doesn’t justify the absence of helmets, but it doesn’t allow a negligent driver to escape responsibility by blaming the cyclist.

Should Helmets Have Lights When Riding at Night?

No. There are no states that require helmets to be equipped with light in order to be approved. Surely, you’re allowed to use such a helmet if it helps you see better. If so, there are some specifications that need to be met to ensure safety.

Rules for Mounting a Helmet Light

First and foremost, the installed light mustn’t have a solid attachment. In other words, it must easily break in cases of collision or accidents.

Otherwise, it might jeopardize the cyclist safety by jerking the neck or intensifying the force of the impact.

That said, I don’t think hook and loop attachments, which is the most common, would be safe enough.

When mounted, the light should be pointed at the road ahead rather than other vehicles. This is important to ensure that no other cyclists or drivers would be blinded by your helmet light.

Does It Serve as an Alternative for Bike Lights?

That’s a big no. The bike light is mandatory in almost all US states. It doesn’t matter whether you already have a helmet light. In addition to the active light, you’re also required to have passive light tools like reflectors. This way, you can safely ride in roadways since vehicles can identify you from a distance.

What Federal Guidelines Must the Helmet Meet?

As you might imagine, the bike helmet market is full of counterfeit products that weren’t properly tested. Using these helmets might be absolutely dangerous since you can’t be sure about their protection.

When it comes to the actual guidelines, things can get pretty complicated. Each helmet might have a unique set of specifications that match the risk of its intended use. BMX helmets, for instance, must be thicker than the regular cycling helmets.

What Labels Should You Look for?

To save your time and effort, you shouldn’t search for individual specifications. Instead, inspect the product to find what safety labels it holds. Don’t take the manufacturer’s word for it. Look for yourself to be completely assured.

This is by far the most important label you should find. CPSC stands for the US Consumer Product Safety Commission. They ensure that products meet the minimum requirements to keep users safe.

Generally, bike helmets should have the CPSC label with or without another certification. In fact, helmets that lack this label aren’t legal to sell inside the US.

The American Society for Testing and Materials (ASTM) is another organization concerned with the helmets’ safety. Unlike the CPSC, they’re more versatile with a bunch of labels that indicate different safety levels. Their labels can be summarized as follows:

Bonus: What to Look for When Purchasing a Helmet

Even if your state doesn’t mandate bike helmets, I highly recommend buying one for your own safety. That’s why I thought I should give you a brief helmet buying guide.

Pick One That Fits

Obviously, a helmet won’t protect you enough unless it’s properly secured to your head. Make sure to buy the right size with enough, sturdy straps to hold the helmet in place.

Consider the Intended Use

Like I said earlier, helmets can differ in their design according to the intended use. General cycling helmets focus on being lightweight while providing medium safety that matches the light use.

Downhill and other mountain bikes cut down on the number of ventilation holes to increase the protection. Some racing helmets are designed with special mechanics to prevent air from slowing the cyclists.

Although bike helmets are absolutely essential, their laws are quite dissonant among the US states. Colorado, Ohio, and Washington are among the states that don’t have a statewide law concerning helmets.

New York and Virginia hold one of the lowest required age. If you’re older than 14 years, you’re free to ride without a helmet in these states.

Remember, wearing a helmet is definitely the right thing to do, no matter how old you are. But make sure your helmet is CPSC-certified to provide enough protection.

I've been riding bikes for 30 of my 35 years. Nothing gives me more pleasure than grabbing my Enduro bike and take on the mountains. 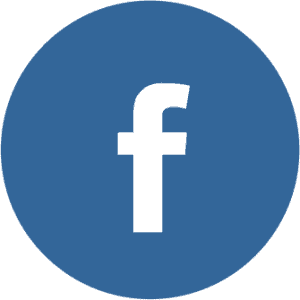 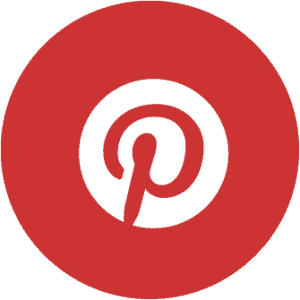 I’m Andre, I am 35 years old, I have been an XC enthusiast and an avid road biker, but nothing gives me more pleasure than grabbing my Enduro bike and take on the mountains. Dealt with a few falls, a few injuries as well. Experience on the ground has granted me some knowledge of bike maintenance, physical stability, and what gear works best in different situations.

Bike Trainer Arena is a participant in the Amazon Services LLC Associates Program, an affiliate advertising program designed to provide a means for sites to earn advertising fees by advertising and linking to Amazon.com.